Exploring the streets of Richmond, Melbourne for the sites of the Martha Needle murders, as often does, my journey took longer than planned. But after a few tram rides up and down Chapel Street I managed to find Balmain Street and heading down the increasingly narrowing street, arrived at Cubitt Street. It was at number 134 Cubitt (Nowadays a brick building just across and down from the old Herald building) that Martha Needle poisoned her husband and three daughters. The street still has a slightly Victorian era look from the few older buildings that remain and the narrowness of the road. 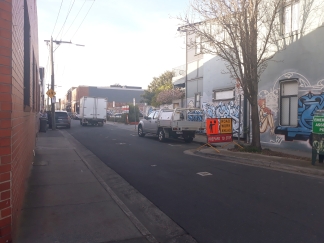 In 1885 Martha’s daughter Mabel passed away after suffering from a mysterious wasting illness and after her death Martha collected a generous sum of 100 pounds of life insurance money.(equivalent to about $40,000 today.) Martha’s unfortunate husband Henry was the next to perish in 1889 and on his death Martha also collected a hefty sum, this time 200 pounds. Martha’s poor daughter Elsie was the next to die in 1890 and her remaining daughter, little May died in 1891.

Just a short tram ride away from Cubitt Street is Bridge Road, were at number 137 the two Juncken brothers Otto and Louis ran a saddlery business in the late 1800s. Today old facades from the era still remain on many of the Bridge Street buildings.

As I was taking a few pictures of the building, now a barber shop with a dress shop next door, a couple of muscled, tattooed gentleman outside the barber shop asked if I were lost, I explained the reasons for my photo taking, to their subsequent interest in the case and possible amusement. 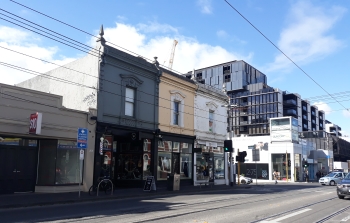 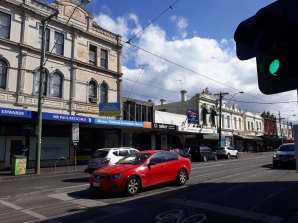 In 1891 the two brothers took Martha on as a subletter and housekeeper. Not long after moving in, Martha became romantically involved with Otto and the couple planned to marry. Their plans were largely disapproved of by Otto’s brothers, mostly due to Martha’s outbursts of temper. In 1894 Louis became ill and died of what was initially thought to be suspected typhoid. Martha had laced his food using arsenic from a popular rat poison at the time ‘Rough on rats.’

Otto’s other brother Herman, visiting from Adelaide, became ill after eating breakfast prepared by Martha, then again after eating lunch Martha also had prepared. This time a doctor took a sample of his stomach contents and arsenic poisoning was confirmed. 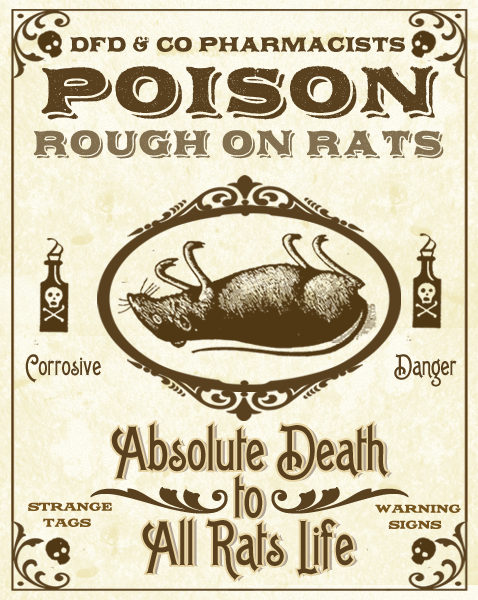 To trap Martha, Herman paid her another visit and after taking a cup of tea she prepared him, contacted the police. Martha reportedly tried to tip out the contents of the cup before the police arrived but to no avail. Tests for arsenic in the tea came back positive and the bodies of her deceased husband and daughters were exhumed, all showing traces of arsenic, except for her first daughter whose remains by that point were too extensively decomposed to determine. Martha was sentenced to hang at the Melbourne goal and the hanging was carried out later that year.

Traveling to murder and mystery sights to explore my ideas on what happened and combine my passion for history, criminology and travel. I have a special interest in cases from the 1800s to 1930s & 1960s to 1980s. Follow me on Facebook and Tumblr. https://www.facebook.com/kreepykittys http://kreepykittysmurdermysteryblog.tumblr.com View all posts by Kreepy Kitty