Call it bizarre, gory or just plain fascinating the Shark Arm murder mystery case is definitely something interesting enough to mull over. After finding out about this grisly tale, on a trip to Sydney, I was interested to explore the sights of this infamous murder mystery. There’s something bizarrely intriguing about a fisherman catching a smaller shark and the smaller shark being devoured in front of his eyes by a larger tiger shark, and then for the the tiger shark to be taken back to a local public bath, only to vomit up a tattooed human arm a few days later in front of spectators. 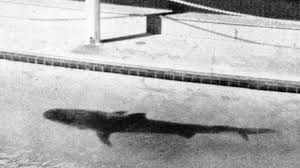 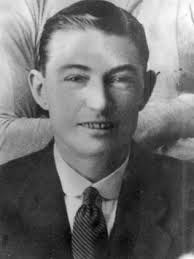 A petty criminal and police informant, the last time James ‘Jim’ Smith was seen alive by his wife, was on the night of April the 7th 1935, as he headed off for a night of drinking. Jim was spotted throughout the night at the Cecil Hotel in the Sydney beachside suburb of Cronulla, drinking in the company of another man. His worried wife didn’t hear anything for another week, and it wasn’t until Jim’s brother recognized the tattoos on a photo of an arm coughed up by a shark at the Coogee Aquarium and Swimming Baths, that they discovered the tragic truth, that he had been murdered. Like many small time crooks before him, Jim had gotten in over his head after he began blackmailing and informing on some of Sydney’s top crooks involved in insurance fraud scams. (Currently working in insurance sales myself, I found this aspect of the case a rather ironic twist.)

The first stop of my trip was to head out to Cronulla beach, a peaceful and affluent suburb located on Sydney’s outer suburbs. In place of the Cecil Hotel where Jim was last seen alive now sits the Cecil Apartments complex. 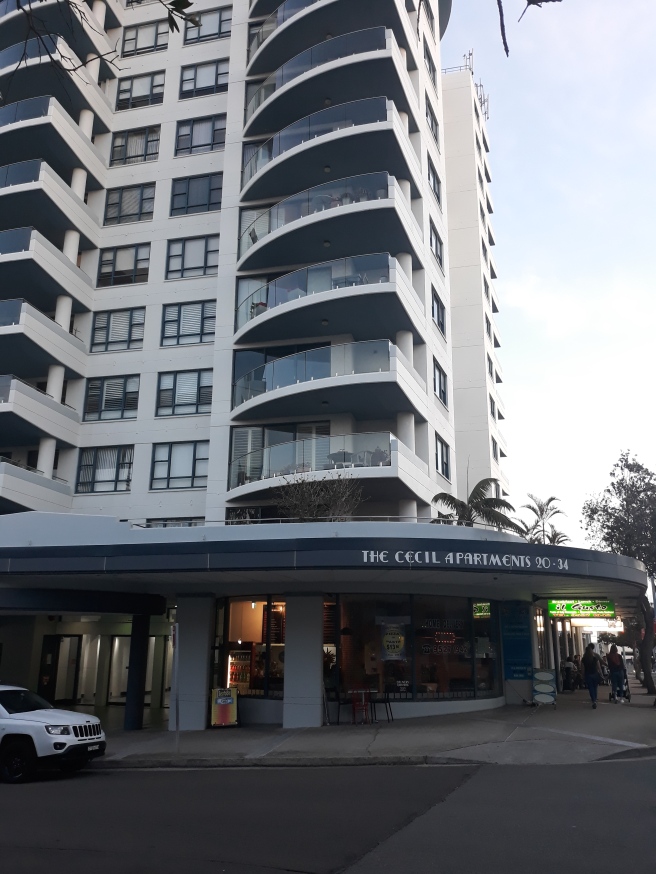 Just a short stroll away is the peaceful beach side street Taloombi, believed to have been where Jim was murdered at a cottage rented out by small time crook Patrick Brady.

Despite having heard much praise of Cronulla, I personally enjoyed my visit to Coogee beach more. After some friendly teasing from a ticket inspector about my mispronunciation of Coogee which apparently is said ‘coujee’ not ‘cougay’, I arrived at the beach, a beautiful yellow sandy bay, with sparkling blue waters even on a grey day. 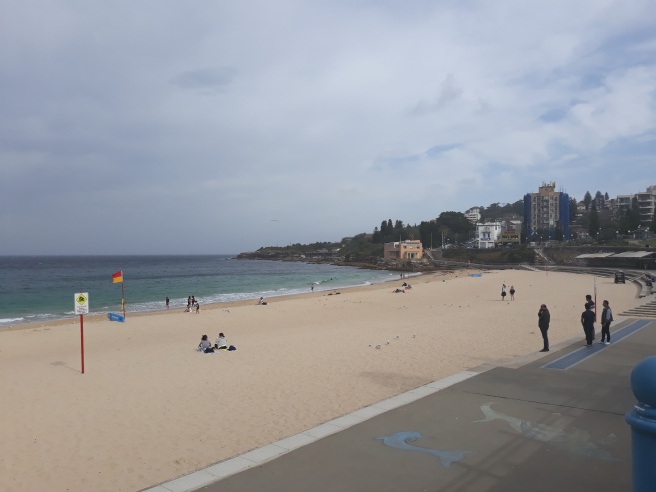 In the 1930s the suburb of Coogee beach sported an exciting and bustling promenade of shops stretching across Dolphin, Arden and Beech streets. These days the area is a bit more quiet with a row of mostly restaurants and a few shops but still has an air of fun to the area. Now sitting on the former site of the Coogee Aquarium and Swimming Baths is the meticulously well preserved Coogee Pavilion, a restaurant that has paid homage to its past, with many of the historical features of the building still intact, even the tap I poured my water from appearing to be authentic turn of the century. 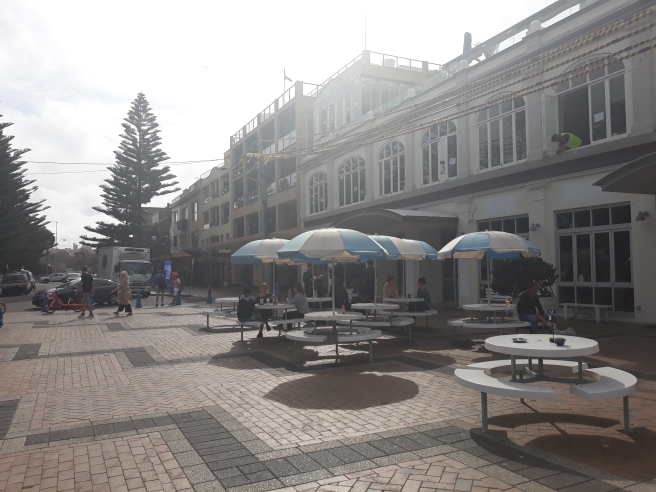 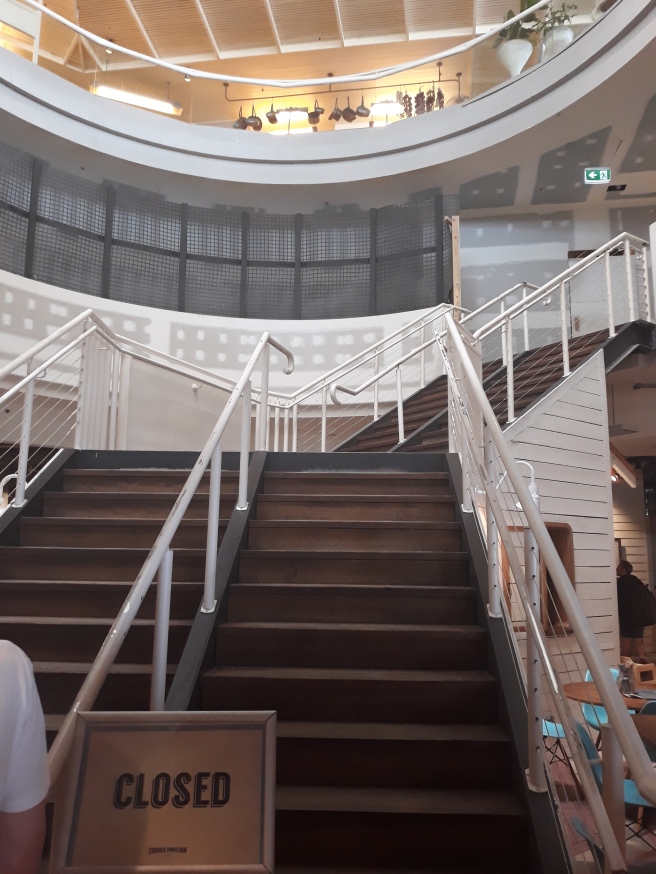 At the bar I ordered an apricot brandy (normally I’m a teetotaller but the occasion seemed fitting to sip on an 1930s style drink) and some oysters as an appetizer. I was hoping for some flake or local catch fished from the bay to fit in with the theme of my trip, but as that was not an option, I settled on baked snapper with beans as my main course. After a mild disappointment over there being no flake as I really had wanted to enjoy dining on shark meat while exploring the case, you can imagine my delight when this gruesome looking fella showed up as my meal. 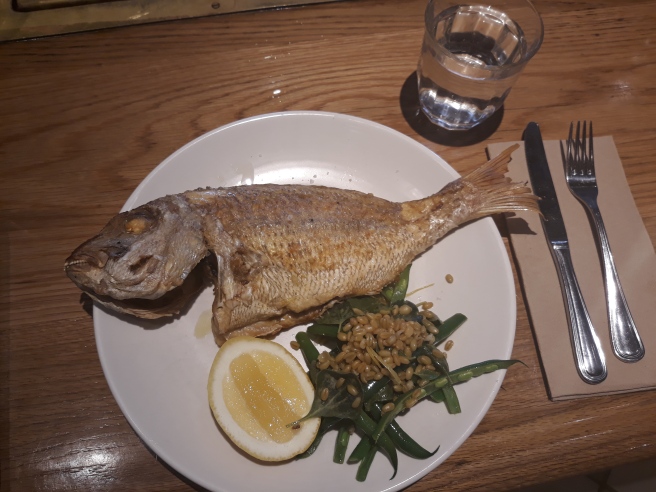 Not missing the opportunity, I educated one of the lady bar tenders about the buildings gory history, then headed off to my next sight seeing adventure, number 3 Bay street, the address of Sydney insurance embezzler Reginald Holmes, who quickly became a main suspect in the case, after a taxi driver reported he dropped an agitated and dishevelled Patrick Brady at Holmes’s house on the last night Jim was seen alive. 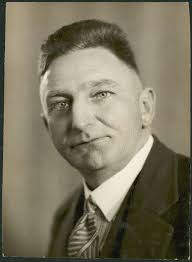 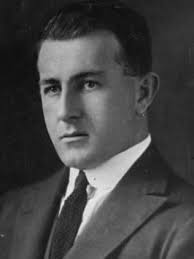 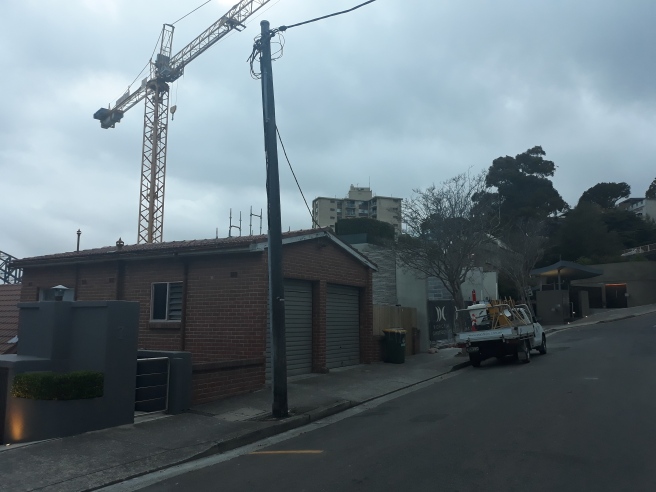 Holmes grew increasingly panicked as detectives began closing in on him as another main suspect, and on the 5th of May he speed around Sydney Bay in his private boat with police in hot pursuit, before attempting to shoot himself in the head. Under police interrogation he insisted Patrick Brady had shown up at his house with the dead Jim’s arm and demanded he pay him 500 dollars or he would be framed for murder. After Brady left, Holmes reported he took the arm and threw it into the bay of Sydney suburb Maroubra. 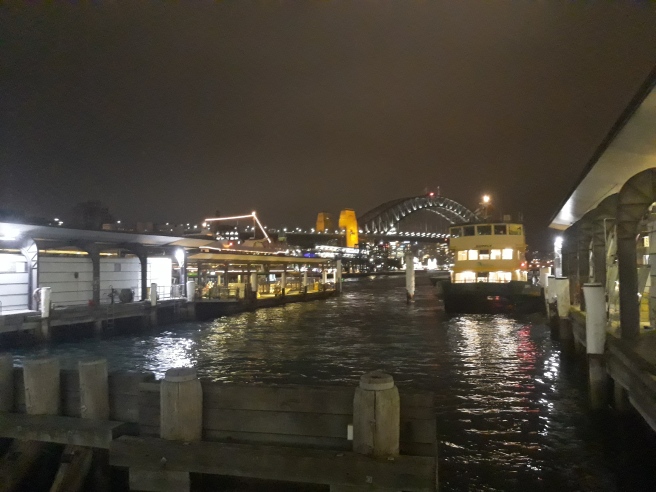 Holmes’s dead body was found in his car a few days later in the early morning hours on Hickson Road in Sydney’s Dawes Point with gunshot wounds to his head, sadly leaving behind a wife and children. Was it a staged murder to cover up what he knew, or suicide to escape the heat?

Heading off from Sydney bay, it was dark by the time I headed off to Dawes Point with the walk having a bit of a spooky feel to it. Many of the old buildings in the area from the 1930s still remain and have kept their original facades, so it wasn’t too hard to imagine the area back then. 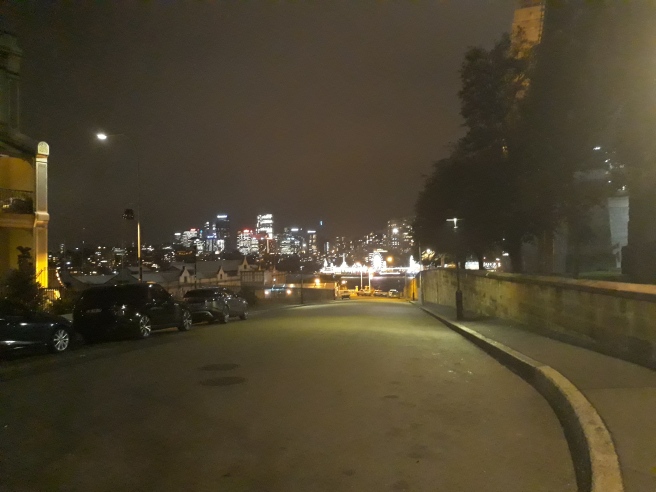 There was a clear motive for Holmes to have played a role in Jim’s murder, with Jim reportedly having blackmailed Holmes in relation to some large insurance fraud fiascos they pulled off. Brady himself was not let off the hook and was later cnharged with murder by Sydney police, but with police unable to piece together enough evidence, the case was dropped.

The actual cause of Jim’s death and his killer has never been discovered. Would as much knowledge of murder still have come to light had the tiger shark not vomited up his arm at the aquarium? Without such a gruesome twist would the taxi driver that night and others at the Cecil Hotel have known to come forward over the disappearance of a small time crook, who probably was not that well known prior to his murder? The identity of whoever actually killed Jim was never uncovered and to this day the case remains unsolved.

Traveling to murder and mystery sights to explore my ideas on what happened and combine my passion for history, criminology and travel. I have a special interest in cases from the 1800s to 1930s & 1960s to 1980s. Follow me on Facebook and Tumblr. https://www.facebook.com/kreepykittys http://kreepykittysmurdermysteryblog.tumblr.com View all posts by Kreepy Kitty